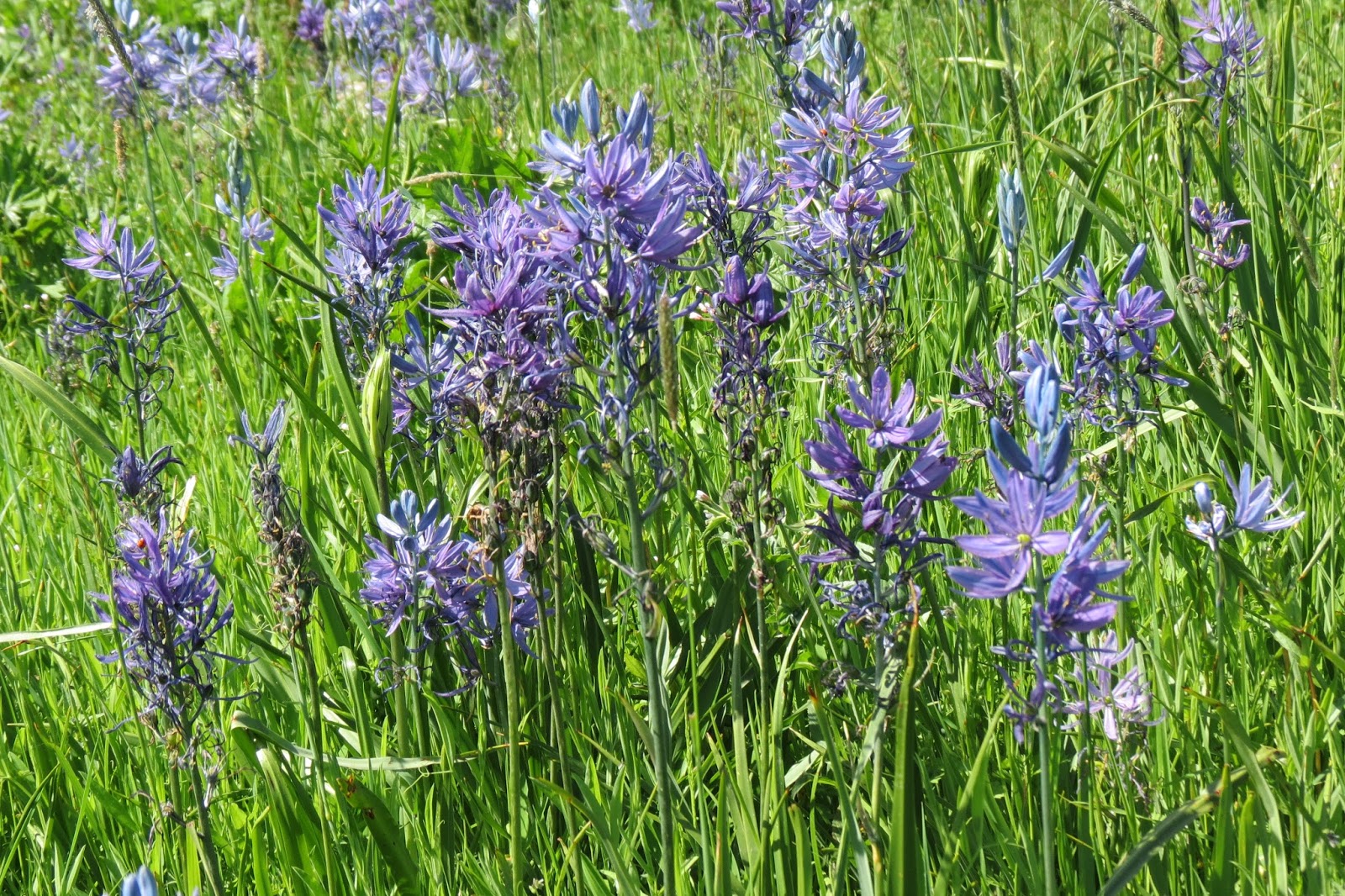 As spring is in the air and the flowers have started to blossom you may have noticed pretty purple flowers started to sprout. These flowers are called Camas. Camas is a North American plant whose greatest diversity lies in Oregon, which is home to over 65 percent of the named species! Camas plants generally produce flowers between April and June and in Oregon the two most common Camas species found are the Great Cammas and the Common Camas. Although both species look very similar and have some hybridization, they are genetically distinct and both important for their abundance and nutrition they provide to diverse animals.

Indigenous people used the camas bulbs extensively for food. Camas bulbs were a staple of the Kalapuyan diet. After the bulbs were dug up, they were pressed into cakes and baked over several days. These highly nutritious cakes sustained the Kalapuya through the winter season and were also bartered with other tribes as a valuable commodity. Additionally, the Kalapuya burned the prairies seasonally in large part to insure the continuance of the Camas population.

Camas are still used in restoration projects to wetlands to reintroduce a native species. Each year in Oregon, indigenous communities celebrate the Camas harvest to commemorate its role in their cultural history. Find out more about Camas and other plants by joining us on our next wetland wander!